It’s evening, and when I pull back the curtains of my residence window, I see the dim glow of a nearby pub. I hear the fading murmurs of laughter from a line of stragglers that are leaving, and look up at a backdrop of skyscrapers, towering over numbered neat rows of shabby rooftops…

I’m in London. Where the bustle of people in hurried strides spread an infectious energy within you. Where even at 4am, the place is lit up and inviting for you take a walk in its cool breeze, and there will still be others doing the same. Where you can stand on a bridge for eternity and watch cruise ships cruise over the Thames, all heading into clouded sunsets…

Does it sound magical? It was. I think exchange means something different for everyone, but for me it truly was a magical experience. I studied abroad in London, at King’s College London.

If you’re going to study abroad, London is probably one of the best cities to do that. There is always something going on everywhere – whether it’s theatre, street-performers, museums, galleries, cruises, stand-up comedy, you name it. London’s one of those cities where you’re never short of things to do.

There are celebrities existing and roaming amongst the London crowds. I’m going to drop a name now, and you’re probably going to gasp in surprise (that’s what everyone did when I mentioned it at ANU’s CASS Orientation week). I met Daniel Radcliffe. I got to spend 10 minutes with him one-on-one after waiting outside a theatre for hours, since he was rehearsing for a play (he was super nice). I casually met Tom Stoppard in the process of waiting. I also happened to bump into Andrew Garfield, on my routinely morning walk to King’s – wasn’t even trying. 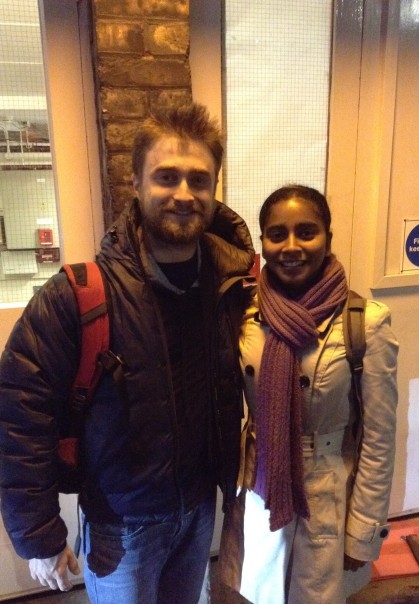 Which brings me to my university experience. I am a philosophy and math student, and I studied philosophy abroad at King’s College London. Apart from being an amazing high-ranking university, historically a home to great philosophers, King’s was the perfect place for me to develop and nurture my love of learning philosophy. The Strand campus and library were very much Harry Potter-styled, which is an exciting place to learn philosophy in (actually, a lot of London often feels Harry Potter-styled, so there’s some more magic for you). The academics were inclusive and supportive, and really cared about their students. Also, King’s is just one of several universities that make up “University of London”. Some of these other universities include University College London (UCL) and London School of Economics (LSE). In joint events/conferences within University of London, I found myself meeting famous philosophers and attending talks by academics whose work I’d read, studied and admire. Talk about being inspired. Then in visiting Oxford and Cambridge, I was able to browse and fall in love with, their many university libraries and buildings. Again, reminiscent of Harry Potter, but also educating about the inspiring work of its alumni. Again, talk about being inspired. 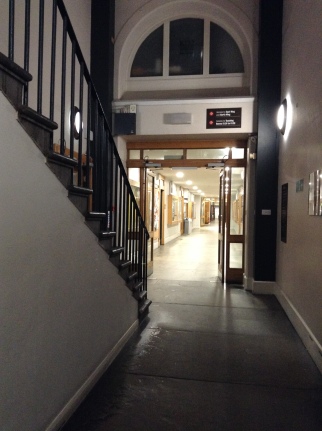 But exchange was not just great for helping me grow as a person academically, and immersing myself in the various exciting aspects of London. While at King’s, I made some amazing study-abroad friends, and went travelling around Europe. On March 17, St Paddy’s Day, I was able to enjoy the crazy loud drunken cheering of mass-crowds in Dublin. I don’t know of any atmosphere quite like Dublin on the St Paddy’s Day weekend. I also got to experience the exhilarating cultures of Spain and Portugal. The experience that is had, and skills that are learnt, in travelling with friends and visiting countries where English is not the first language, are most enjoyable and invaluable. Same goes for traveling by oneself. I travelled by myself to Paris, Amsterdam and Berlin. Each unique enjoyable experiences, each with different life-lessons learnt and wisdom acquired. There’s a certain freedom in travelling by oneself, going wherever one wants whenever one wants, and a chance to be approached by, and engage with, the locals of the area. 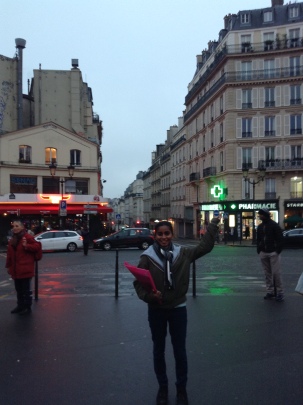 Some people worry about all the administrative processes of exchange. I can tell you that I had a very smooth experience. ANU Global Programs (in particular, Kristina Tan, Bahaar Grover, and Khanh Hoang), CASS (in particular, Andrew Carfrae), and the King’s study abroad team were always very helpful, enthusiastic, and ready to assist. And for this I’m very grateful.

My exchange at King’s taught me many things about myself, about freedom and responsibility. It opened my eyes to global possibilities, inspired me academically, and gave me the opportunity to make friends with people from around the world (and meet Daniel Radcliffe!). And it all began and ended in the wonderful, exciting, Harry Potter-themed city of London, that is now a second home to me.